How to express difficult emotions

Recently I was surprised when I was venting my emotions in a Facebook group. I was feeling overwhelmed and frankly I was resisting and avoiding everything constructive and helpful.

Sounds quite tiresome, doesn’t it?

Isn’t it true that difficult emotions need to be hidden from view and you shouldn’t trouble others with them, people don’t want to deal with your baggage? Many have learned as children that when you’re happy you’ll be accepted – nobody wants to hear about you anger, fear and disappointment.

These lessons are often learned very inconspicuously. As a child, you might have fallen and adults have helped you back to playing by saying “That didn’t hurt!” or offered treats to make you forget you were hurt. At worst, you might have been punished for crying.

It’s not hard to learn to keep your painful emotions to yourself and hide them with a smile. As an adult you might also have faced judgment or been rejected in one way or another for displaying your true emotions.

But what if even the most difficult emotions could be acceptable? If you were seen with all your emotions? And more – if being openly yourself even in difficult moments wouldn’t be considered selfish attention seeking, but in fact many people would gladly support you?

When I was venting in Facebook I knew I would get empathy from the group. What I wasn’t expecting was being thanked for being open with my emotions! I started thinking how differently emotions can be expressed. How to get the support you need without unintentionally being a burden to others and getting rejected?

What you need to learn first is to start noticing your emotions. Often difficult emotions are hard to really get a grip on. You might feel inexplicably anxious, restless or on edge. It’s good enough to simply notice that you’re feeling not-that-good, that you’re not at your best.

Next step: acceptance. You may have learned to avoid your emotions, but in fact avoidance is one of the best ways to hold on to the difficult emotion. Out of sight, out of mind doesn’t really work with emotions. Noticing and accepting that it really does feel hard right now releases the energy you spend actively avoiding it.

Step out from behind the mask

If you learn to notice and accept difficult emotions it’ll also make it easier to be seen with them. You don’t need to deal with all your emotions alone, it’s ok to ask for help and support. When you approach others openly saying ‘this is how I feel right now’, you’ll more likely get positive reactions than if you try to swallow your emotions or let them burst out uncontrollably.

Extra tip: If you let people know in advance what kind of answer or reaction you need, it’s easier for them to react in a way that’s helpful. I started my post by saying that I really can’t handle advice right now, I just need to be witnessed with how I feel.

What do you think? How would you react if someone said something like this: “I know that this isn’t constructive, but I don’t even want to think about how to move forward right now, I just need to vent, could you please just listen?”

PS. I avoid talking about negative emotions, because it makes avoiding and rejecting them easier. All emotions have their own important role and none of them are inherently better or more acceptable than others.

Skip back to main navigation 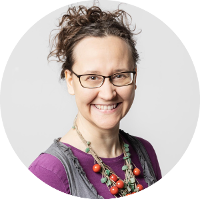 Anni Laine – Musical Mage
Music therapist, sound healer and coach. Guiding and supporting you on your way towards finding your confidence to be fully yourself.

The path to your true self goes through body awareness and learning to understand your emotions. The journey is accompanied with healing sound vibration and therapeutic music.

Read more and find out if this is for you!